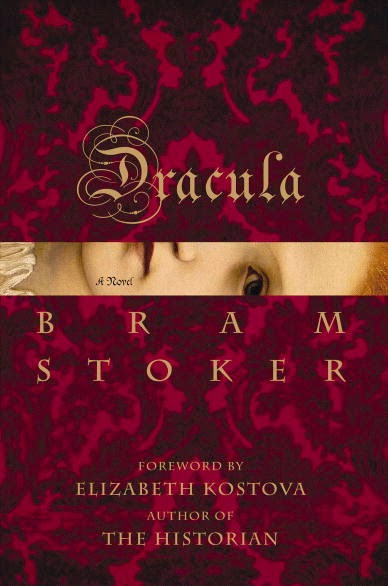 People recommend books to me a lot. It's hard to know when or how to fit them all in! And then there's the worry I won't like a book that is very dear to a dear friend's heart. For a long time, I just avoided reading books that had been recommended to me, unless someone pushed a physical copy into my hot little hands. (This is still the fastest way to get a book to the top of my list.) So I started a new list of books friends recommended. If you want to get in on this, you can recommend a book on this post.

This book was recommended to me by Bill.

So yes, the book my husband recommended got to jump to the top of my recommendations list. To be fair, that's not just nepotism. He did employ the short-cut I allude to in the introductory paragraph, about shoving a book into my hands getting it onto my upcoming reads list immediately, instead of it languishing for quite a while. It's how I read all the Vorkosigan books I read last year. And how Lev Grossman's The Magicians managed to get read so quickly.

In this case, we have actually owned the book for years, and when my husband recommended I read it, I kept telling him it would go on the list, but at the bottom. That's when he pointed out we had a physical copy on hand, and to stop being stubborn. (He says that last bit a lot.) As he was right, that this is exactly the sort of thing I make an exception for, I settled down to read Dracula.

Side Note: In certain pictures, Bram Stoker resembles my husband to an almost scary degree.

We all know the story of Dracula, at least the bare edges of it. Evil bloodsucking fiend from Transylvania preys on, well, mostly on young women, turning some of them into vampires like himself. Soulless, they continue the chain.

Fair enough. What I was struck by was two-fold. One was how many bits of vampire "lore" come directly from Stoker. And the flip side of that, how many bits didn't. Garlic, stake through the heart, cutting off the head, disappearing into dust, that's all there in the vampire stuff I know the best, Buffy the Vampire Slayer. (Otherwise, I'm not much of a horror gal.)

But planting wild roses on the grave to keep the vampire in there? That one has kind of fallen by the wayside. Not being able to cross moving water under their own power? (Well, I knew about that one from the Cold City game I played in.) And I was a little fuzzy on the daylight stuff. We see Dracula in daylight, but the deal seems to be that he can't change shape then. There may have been more to it, but quite frankly, I must have zoned out on the fine details.

I just find it interesting what has survived into our modern incarnations of slayers and vampire hunters and what has not.

The other part is the reason my husband was so intent on getting me to read this. Dracula is renowned as a gothic. My husband was more struck by how modern the book was, and wanted to talk about that with me. So now I've read it, and I have to say he's right. There are the superficial trappings of the gothic - the castles, the spookiness, the women wasting away to shadows. But there are also train schedules (a lot of train schedules, actually), the fine details of guns, and the nitty gritty of a chase of Dracula across Europe that focuses not on the supernatural but the mundane.

It works really well. The foreword likens it to Wilkie Collins' The Woman in White, and I can see that influence here through the shifting narrators, recorded from letters, diaries, dictation, presented as a mass of notes by different people creating a story. What this does, and does well, is to ground this story in something like the real world. Dracula, oddly, is far more scary if the reason you can't get to him to kill him is because the train isn't running. The obstacles are far more everyday than they are mystical, but then the heroes still have the mystical to contend with.

This is the supernatural in full contact with the contemporary, and it was not what I was expecting, but it was enjoyable. And truly, I ended up mostly enjoying the female characters as well. It's hard to know if you're getting into something interesting or something that will be irritating. But while there's a lot here about saving women from Dracula's dread clutches, Mina, at least, is interesting enough that it doesn't grate.

If Lucy wastes away to a shadow, Mina is fully on top of the train schedules. She's more organized, more determined, and at the end, they give her a gun like everyone else. (No, she doesn't get to use it, but I appreciate the gesture.)

Of course, I keep flashing back to Alan Moore's The League of Extraordinary Gentleman, and Mina's line that goes something like "not quite the two discreet markings of legend, are they?" about her mangled neck. Having that Mina in my head probably influenced this one.

But here's the part I really did like, something I haven't seen in other vampire stories, a way of raising tensions that I think really works. It's a bit spoilery, so you can stop reading here if you like.

In this one, Mina has been attacked by Dracula enough that she will turn into a vampire when she dies. But she doesn't die. So it's not the tension of waiting three days for her arise, or whatever, it's about her knowing that if at any point from now until old age she does die, before Dracula is vanquished, then she'll turn into a vampire. It makes death, which may not be imminent, far more terrifying, having full knowledge of what will happen to you when it happens.

Why hasn't anyone used this? It strikes me as a great source of dramatic tension!

At any rate, I enjoyed Dracula quite a lot, and agree with Bill that it seems to be setting out to put a distinctly modern twist on a gothic setting. I like what that did, and now I'd like someone to exploit the fine dramatic tension that Mina undergoes.
Posted by Megan Baxter at 05:19

Email ThisBlogThis!Share to TwitterShare to FacebookShare to Pinterest
Labels: classics, recommended by friends