Bear with me a moment. I'm going to throw up a couple of covers for this book, in addition to the one that graced the copy that I read: 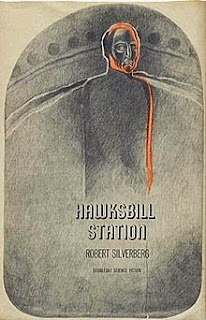 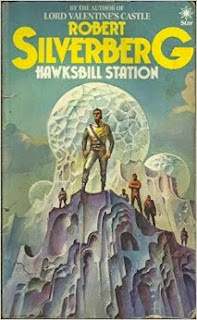 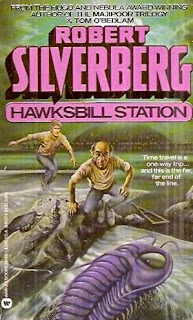 All right. Take a look. I read an article on the whole Sad Puppies affair that included a complaint by the guy behind it that was pretty much precisely "you can't judge a book by its cover anymore." The idea being that when you look at strong men on the cover, you might actually be getting suckered into reading a book about gender, or sexuality, or politics, with the insinuation that this would never have happened in the past.

As almost always happens, this type of claim is accompanied by a vast historical myopia. The Golden Age that you remember is almost always more complex. Well, more complex than anyone tends to think. I'm a historian, I get to say things like that, because they're true.

While science fiction is not something I'm a particular historian of (my own expertise lies in masculinity in the 19th century), I read a lot of old science fiction. So when I read this book around the same time I read that article, I knew I had to connect the two.

Look at the covers above. They may not tell you everything about the book, but if the Sad Puppies narrative is to be believed, they'll be a straightforward adventure yarn, instead of harbouring something more subversive. You hear that, Silverberg? You guys didn't write anything more complex than that, right?

Wait, what? These books are about the criminalization of left-wing dissent, and the exiling of left-wing would-be revolutionaries to the Pleistocene, on a one-way time travel trip? They're jam-packed full of references to Marxism, Trotskyism, debates over non-violence versus violent revolution, and the tactics and long-term strategies of the revolution?

Well, I'm shocked, shocked to hear that old SF might have been a teensy bit more complex than we thought.

This book focuses around Barrett, one of the former prime organizers of the resistance against the syndicalist government in a post-democratic America. (Not anarcho-syndicalism, just syndicalism. With a strong touch of dictatorship.) He's spent decades now in the Pleistocene, trying to keep the men who have been exiled with him sane and functional in a world without hope, where they are forever divorced from the world they left.

And entirely without women, which is explained by the ruling government being afraid of any breeding in the past, and the potential creation of a second strain of human that might mess up the timeline. There's supposed to be a women's prison for revolutionaries too, but it's several thousand years away.

Because there are no women, there is a fair amount of homosexuality in the Pleistocene, as that's all the option there is for sexual partners. This is brought up early, although men are warned to keep it out of sight to avoid upsetting others.

The book jumps back and forth from the prison at Hawksbill Station (named after the physicist who made time travel possible), and Barrett's entry into the underground, and subsequent journey through it. The only female character that turns up is his revolutionary girlfriend, and there's some digression into how revolutionary women would be more attractive if they washed more (I sigh, but I do believe that even revolutionaries will continue to think that's the most important thing, given what I know of various protest movements of the 1960s and 70s). It turns into a tragic love story, as she is taken in one of the earliest waves of arrests, and Barrett's inability to find out what has happened to her haunts him.

There are also interesting thoughts about why people join revolutions, what experiences might have brought them to it, and the kinds of ego that might turn someone into an enemy as quickly as they became a friend.

On Hawksbill Station, a new man comes through, but he doesn't act like all the others - no obvious revolutionary dogmas, for one. So, why is he there? What does the future have in store for the past? What happens when you can literally ship dissent off to a pre-human Earth?

Try to get that from the covers.
Posted by Megan Baxter at 04:41