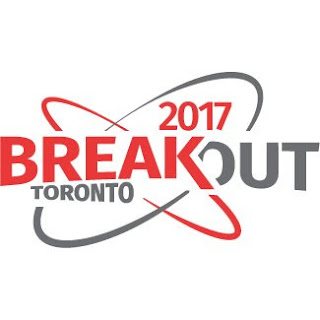 Okay, I have yet again let time slip away from me (story of my life when it comes to writing blog posts), and Breakout Con is getting further away in my memory. Time to sit down and see what I can remember of my third and fourth games! (I was so productive yesterday and wrote up a regular gaming session the very next damn day, and why didn't I do that with this? Because I procrastinated, that's why.)

We Used To Be Friends

On the Saturday night of the con, we played a Veronica Mars PbtA game called, of course, We Used to Be Friends. It's a game getting very near to a final version, and can be supported through Jonathan Lavallee's Patreon. It's GM-less PbtA, which was a new experience, with a very robust town creation mechanic that I liked a lot. We ended up with a casino/mining town, with a huge class divide and some less than savory partying spots. The character sheets were fun, with lots of Veronica Mars quotes naming moves.

The whole table was made up of huge VM fans, which of course helped.

In this game, you create a mystery collaboratively, and it separates clues from suspects, which takes a bit of getting used to. Clues can be attached to suspects eventually, but at the beginning they shouldn't be that you discover that "x did y," but more that "video evidence is missing" or "the lock on this locker was changed." It took me a while to wrap my brain around it, but it's an interesting idea, and I think leads well to the kind of twists that the TV show had, where things are not always what they appear.

Although it's obvious it wasn't going to be solved in a one-shot, I really liked the personal mystery mechanic in the game, which gives each person something secret they don't know about themselves that would unfold slowly over longer-term play. Jonathan described it as something to do when perhaps you were in an episode that didn't have as much for your character. So, when we got to my first scene, I didn't see an immediate way to bring myself in, and also really wanted to try it out. So we ended up with a scene where my character overheard her parents (played by Amanda and Jonathan - NPCs are played by people not otherwise in the scene, and not always the same person) arguing about her, with some tantalizing tidbits without context being dropped.

I appreciated the later efforts to get me into the main storyline, but honestly, I was also enjoying the personal storyline so much I wouldn't have been upset if that had been the main part of my evening. But I met one of the suspects out at a campground where she'd lured our Libertine character (Bill doing his best Dick Casablancas impression), and ended up telling her off for being mean without reason. And then hiding from the cops. (Nadeem, Bill's character, was not so lucky.)

What also made this game a lot of fun was that everyone at the table was totally on board for everything a Veronica Mars game might entail. Amanda and I signed up for the game independently. Bill and I had played a game of the Watch with Duan earlier that day, so we knew him at least a bit too, and Jonathan was enthusiastic in cheerleading us through his game.

I'd be interested to see what this game is like in long-term play, because a lot of it seems designed for that, and I think would support it well.

Sunday morning, after losing an hour to the cursed time change, we hauled ourselves out of bed and checked out before playing our last game of the con. It was also the only time Bill and I played in different games - as it was our first con, I, at least, had wanted the security blanket of someone I knew in most of my games. And Amanda signed up for Circles of Power too, so I didn't have a game without someone from my regular table. Next year, I might be more daring.

The last game was a challenging and rewarding one, by designer Jason Pitre, who runs a game with the same wicked glee as my favourite GMs. Circles of Power is a game about marginalization and oppression, both through microaggression and outright  abuse (although I think generally more the former. I just failed a roll right at the beginning that kind of made all the shit hit the fan right away.)

But before you get to the game proper, you have to create the oppressive society that you live in (you play a member of a marginalized community, but there are tiers even within marginalization. Likewise, you can be part of more than one marginalized group, but only one recognizes you as a member.) This is a painful process, and I mean that in the very best way.

The way we pretty much agreed on everything was to talk for a while, bat a couple of ideas around, then come up with something that made everyone at the table wince and groan, and then pick that. Complicit in the oppression from the beginning, building the society emphasizes strongly how much we are not blameless or apart from systems of power around us.

This is heavy content for a game! It's potentially explosive, and a game that definitely needs safety mechanics, which it has, and which we used. I don't know if my heart would be up to playing Circles of Power a lot, but I'm very glad I did, and I really appreciate what Jason's trying to do.

At the beginning, there are rolls that let you prep a spell, research, or help your community. I, uh, chose to do the latter, and failed, big-time. This jumpstarted the drama, as instead of exploring small oppressions, we ended up with foreign-born people returning to the city with explosive (and infectious) things inside them, and we very quickly knew it, which got right to the heart of that particular session.

My character, being "foreign" herself, couldn't abide the idea of taking the problem to the authorities, foreseeing a massacre of her people. She didn't trust the authorities to differentiate between those who were infected and those who were merely foreign. One of the other characters pointed out (not wrongly!) that trying to hide it could cause the death of many more people and maybe lead to the fall of the city. We got into a very heated and passionate debate. (And speaking of safety measures, the other player paused mid-way through to check that the drama was on the character level and that I wasn't personally upset by the argument, and that was fantastic.)

Stuck in an untenable and alarming situation, we raced to save some people we had personal connections to, then ended up having to confront one of the creatures that had been inside some of my people, a glowing blue large bug, who turned out to be a refugee as well, fleeing the forces that threatened our city from a distance.

There was some attempted negotiation to get them to inhabit, say, animals instead of humans. The very fact of these negotiations almost split our group as well - this game is really good at getting down to the fracture lines that make solidarity damned difficult. But we couldn't convince this insect-like queen - she thought humans were larval magicians (which we were) and that her people were elevating ours by burning them up and erupting from their chests.

So it came to a fight, but a painful one. And an eventually Pyrrhic victory, with most of the city in flames, even though many fewer dead than might otherwise be expected.

I really enjoyed this game, even the moments that were full of internal turmoil. It's hard to say it's fun, but it was satisfying and challenging and I was up for the pushes Jason used to make the situation more difficult. I'm not sure I'd be up for them every day, but in the right circumstances, I'd want to play this again.

So, that was my Breakout Con. I am already looking forward to Breakout Con, and I'm trying to convince other people I know who didn't come to go next year. And I hope to see some of the same people I met this year there next year, and maybe get to play with them again. I came home from this just vibrating with excitement for more gaming, and with a pleased feeling that I'd started some new friendships.
Posted by Megan Baxter at 09:00

Email ThisBlogThis!Share to TwitterShare to FacebookShare to Pinterest
Labels: roleplaying, week in stories